On April 9, we held AMSES ‘GAME OVER’.On this event, members were divided to their houses;  Ardere, Aerith, Aquata, Aeris. Members must battle with other houses to find each house leaders. The first one to find wins. They were  given an envelope to find the others  hints and had to go around the campus to find them. The AMSES of 2018 won by the house of AERIS. Congratulation AERIS!. At the end of this event, everyone took pictures together while enjoying the pizza. 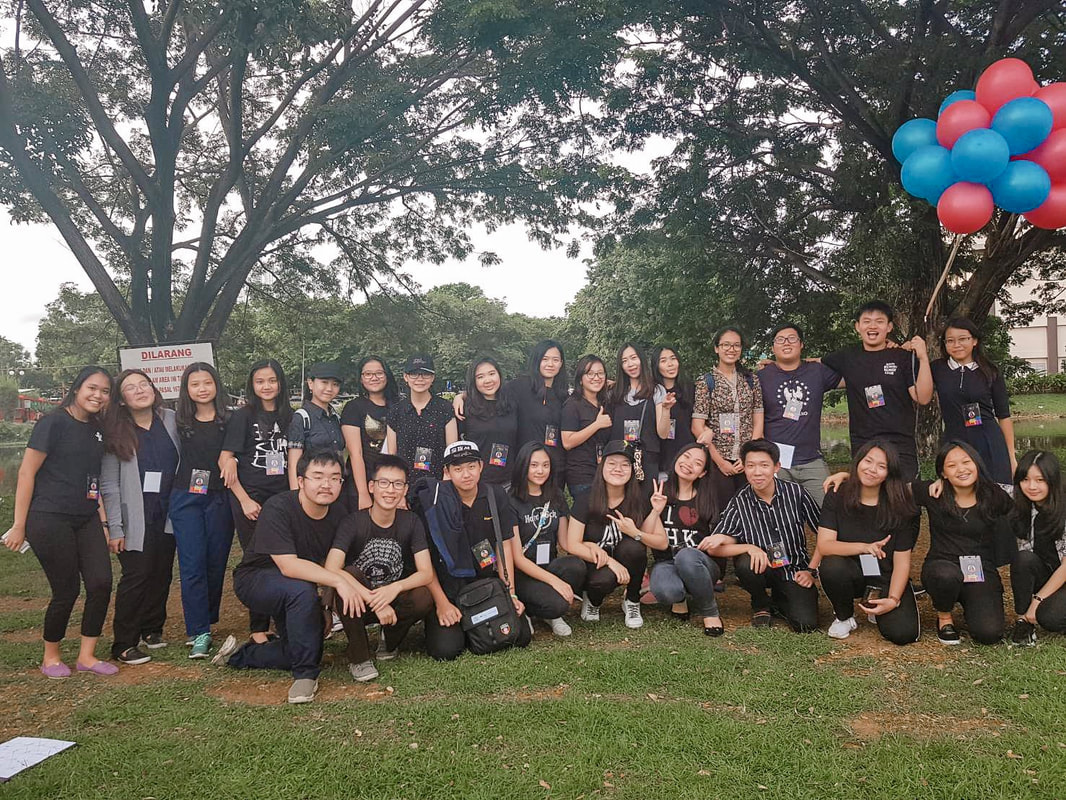 Another event held by Leadership and Membership of AMSA UAJ has been done in Pluit Village on the 23rd of February 2018. This event was attended by all of the new member of AMSA UAJ with their new house, Aeris, Aerith, Ardere, and Aquata. Bingo, a classical board game, was chosen to be the main theme for this event. In this event, the participants should cover five numbers on their board in a row as many as they can to win the game. To fill their board, they had to do some challenges read by their guide. At the end of the event, all of the participant shoul participate in a final battle. The AMSES of 2018 won by the house of AERIS. Congratulation AERIS!

The long waited event has come at last. After the pre event of AMSES or what we know as Pre-AMSES has gone successfully, AMSES was ready to show the showcase between houses. In the Pre-AMSES, the newcomer in AMSA have been distributed to each houses randomly and the stage for honouring them is the AMSES. AMSES took place in Cattleya Garden near Taman Anggrek Mall on February 4th. The garden was free for everyone to entered and it was also a good location for refreshing mind.

This time AMSES took the story continued from the Pre-AMSES. After the Dumbeldore died, they have been distrubuted to each houses to learn more so they can fought against the evil Voldemort. They must collected the hocruxes from the committee, the more hocruxes they collected, the more weapons they can get to fight in the final battle, so each of the houses must competed in order to win. There were seven posts, each post has the hocrux to get to win the battle. The post built base on the children games such as twister, bentengan, baloon run, and many more but they added something different in each games so the games didn’t look simple at all as in children games. It was really a fierce battle indeed.
​
Because the Ardere’s and the Aquata’s has more points than the other two teams even though they tied, they are the ones who went to the next battle. In the eat bulaga kind of games, the Ardere’s managed to overpowered the Aquata’s and officially win the battle (as expected from a lion). After taking a break, it’s time for final battle againts all the committee. The hocruxes has been stolen and they must took it back. The battles when fierce and wet but in the end everybody have fun. We were laughing, spraying each other with water and having fun. We also got a chance to make up the LO’s of every teams. It was embrassing especially for the LO’s but they seem had some fun even though they were ‘tortured’. In the end, we could finished all of the event on time and we also cleaned up everything we done.

An event that AMSA UAJ newcomers have been waiting for, PRE-AMSES! Every year, the new members of AMSA UAJ will be divided into houses. There are four great houses – ARDERE, AQUATA,  AERITH and AERIS. This event has a purpose to reinforce the bond between members and executive committees of AMSA-UAJ.

This year’s Pre-AMSES was Harry Potter themed called, Expelliarmus, “Defence against the dark arts!” The rebellion has occurred on the 12th of January 2017, at Faculty of Medicine Atma Jaya University. The concept of this event was to defeat the dark side, Voldemort.  We were divided into groups and we had to get through 5 stages and received spells to get through the next stage. The obstacles that we had to go through were Sukrodol, Yupingin, Obstacle Run, and Chubby Bunny. The last stage was Quidditch, which was a magic sport in Harry Potter using ‘flying broom’. This competition used two balls and we must shoot the ball into the ring. The last stage was a competition between two groups.
​
After we went through all the challenges, each of the new members received their houses and became a part of the family.  All of the new members had a lot of fun ‘magical’ experience, but the battle didn’t end here! Later, the four houses will compete to win the battle and be the best house at AMSES event. 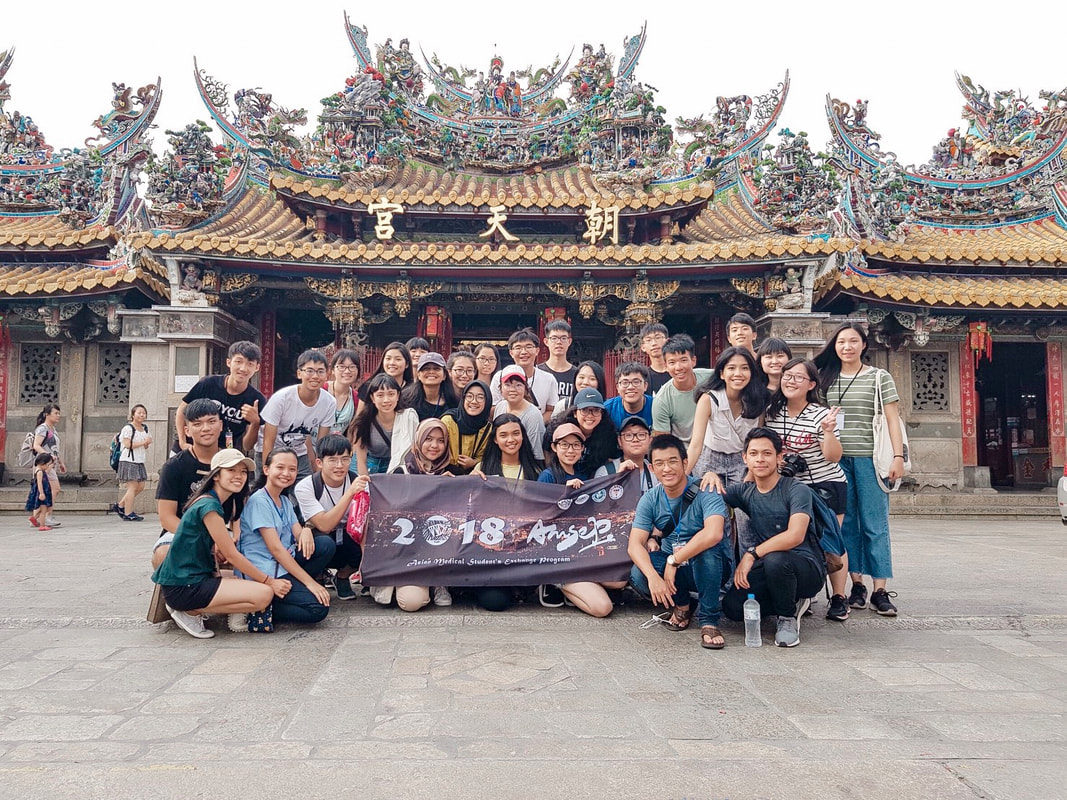 “AERITH, AERIS, ARDERE, and AQUATA fighting for the throne and treasures in AMSES 2016, UTOPIA. Now it is the time to look for the best house who is worthy to have the precious treasure.”

There were many obstacles, but it never killed the spirit of AERITH, AERIS, ARDERE, and AQUATA to achieve the ultimate goal of UTOPIA.
​
Only the strongest house that deserved a reward from UTOPIA, and that house was AERITH! Armed with togetherness and hard work, AERITH got the throne and treasure of UTOPIA. Congratulations dedicated to AERITH, our winner this year who successfully overthrowed the throne from AERIS as AMSES 2015’s winner. 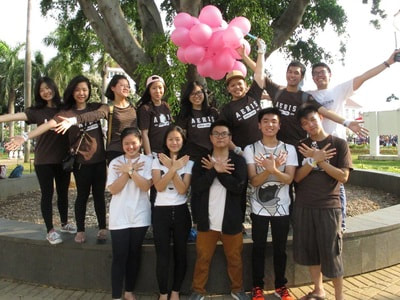 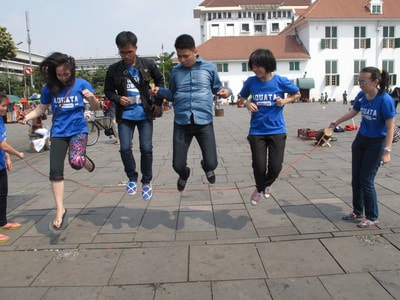 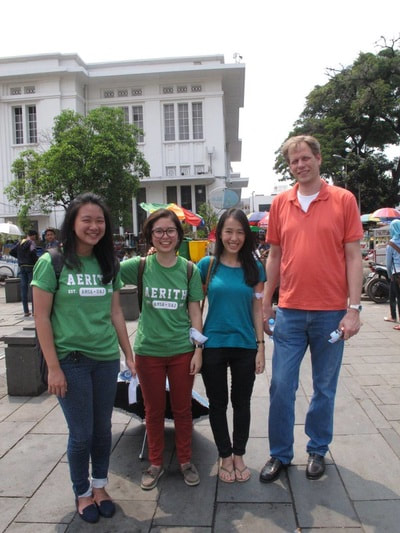 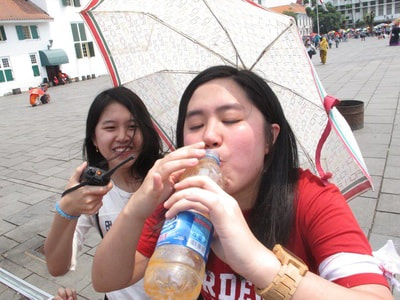 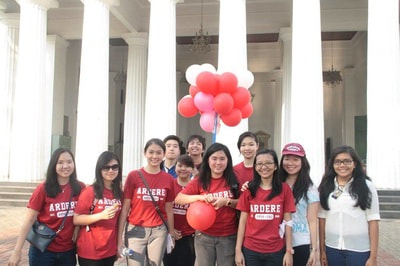 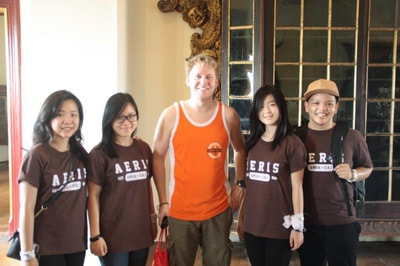 AMSA Session (AMSES) 2015 which was held in “Kota Tua” was an exciting and fun event because we got the chance to play with our fellow AMSA members both in the same and different houses. We got to know more about Indonesia by visiting Musem Fatahilah. We really felt one of AMSA’s Philosophy: “Friendship” in this event! Unfortunately, the weather was really hot so we were very thirsty.

​Michael Sie Shun Ling, head of Aeris (the house with the bird symbol) who won this AMSES 2015 said, “it feels great to be the winner. I’m happy and proud and I hope with this victory we can bring the members of Aeris to be more enthusiastic to participate in AMSA’s events and we hope we can win the next AMSES!” 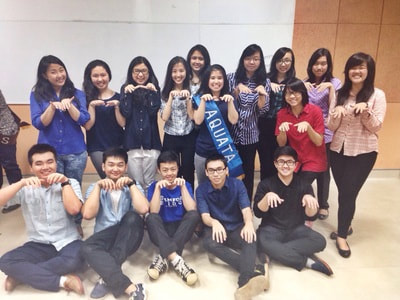 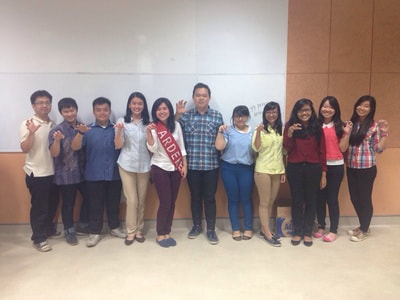 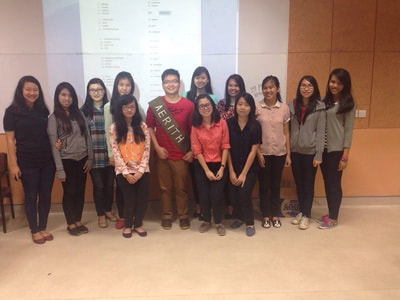 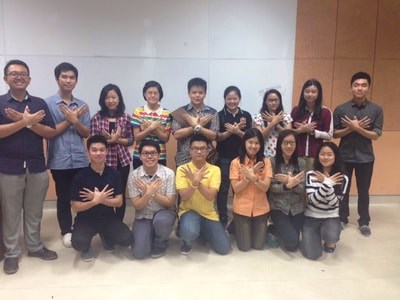 Continuing the last pre-amses event, there will be something exciting on April 11th
2015..... YAAAAAS! It’s AMSA Session (AMSES)! AMSES was held to create solidarity  between members in a house and to create kinship feeling between you - the committee – and the other houses. This event will be held at Kota Tua. This AMSES will use the mixture of hunger games and detective for the concept, soooo brace yourselves guys! Because it will be super challenging & super fun :D There will be no event as unique as this in the future, so DON’T MISS IT guys!!
Powered by